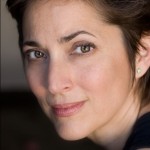 Ms. Doukas combines her professional life as an actress and director with a commitment to teaching. At AOA she teaches Shakespeare and directs projects. Other teaching credits include Scene Study at the Berg Studios; Scene Study and Shakespeare Basics at the Anteaus Company; Speaking Shakespeare at A Noise Within, as well as co-directing (with Mark Rucker) All’s Well That Ends Well at USC. She is also a private acting coach, and an accent coach for theatres all around Los Angeles. As an actress, she is a regular at South Coast Repertory Theatre, where she has appeared in twenty-five productions, six of them world premieres and an array of classical roles. Other regional theatre credits include the Pittsburgh Irish and Classical Theatre Company, the Old Globe, the Pasadena Playhouse, the Mark Taper Forum, A Contemporary Theatre, Berkeley Repertory Theatre, the American Conservatory Theatre, Shakespeare Festival LA, Shakespeare Santa Cruz, and the Berkeley Shakespeare Festival. TV and film credits include “Shark,” “Numbers,” “Without a Trace,” “Criminal Minds,” “Boston Legal,” “Malcolm in the Middle,” “Caroline in the City,” recurring roles on “Desperate Housewives” and “Almost Perfect,” and the feature Seven Girlfriends. Her production of The Hothouse at The Antaeus Company was recently nominated for ten Ovation awards, including Best Director, Best Production and Best Ensemble.  She has an MFA from the American Conservatory Theatre, and is one of the twelve recipients of the 2011 Lunt Fontanne Fellowship, given in recognition of regional theatre work.