James Leo Ryan is a bicoastal actor who most recently recurred as Wilbur Eaton on “The Blacklist”. His other television credits include “Law & Order: SVU”, “NCIS”, “CSI”, “Medium”, “The Shield”, “Charmed”, “Numb3rs”, “ER”, and movies of the week for Hallmark and SyFy. James made his film debut playing Yosef in MGM’s Species lll. His other film credits include Magda, No Ordinary Hero, A Light BeneathTheir Feet, and Psycho Beach Party. James made his Broadway debut playing Rooster in the first revival of Annie. His other Broadway/National Tour credits include Les Misérables, Show Boat, Peter Pan, and Joseph and the Amazing Technicolor Dreamcoat. As a dubbing actor, James has voiced numerous characters on several series for Netflix and Disney+. He is an Adjunct Professor of On-Camera Acting at the Conservatory for the Performing Arts at Stephens College (MO), and is on faculty at ACANY in NYC, where he teaches Broadway Boot Camps. James has also been a Teaching Artist for Chicago Dramatists, Camp Broadway, Joffrey Ballet School, Broadway Artists Intensive, Hofstra University, Arizona State University, Pomona College, and University of Northern Colorado. 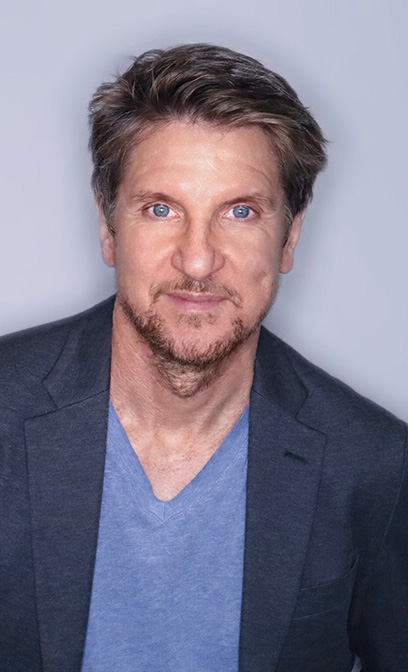