In his New York debut, Mr. Greene received critical acclaim as MacDuff in Macbeth, with Rip Torn and Geraldine Page. He was a resident member of the Repertory Theatre of Lincoln Center, appearing there in Mary Stuart, Twelfth Night, Narrow Road to the Deep North, Play Strindberg, and The Crucible. His other Broadway credits include The Survivor at the Morosco, Romeo and Juliet at Circle in the Square, and the international tour of Brighton Beach Memoirs, directed by Gene Saks. He appeared in Richard III with Kevin Kline at the New York Shakespeare Festival, and toured with Janet Gaynor in On Golden Pond and Cybill Shepherd in Lunch Hour. He originated the role of Bobby Stein in the Off-Broadway hit Family Business, then reprised the part for the American Playhouse Series on PBS. His extensive regional credits include Timon of Athens with James Earl Jones at the Yale Repertory Theatre, The Taming of the Shrew with Glenn Close at the Washington, DC, Shakespeare Festival, Death of a Salesman with Pat Hingle at Buffalo’s Studio Arena, and Cyrano de Bergerac with Frank Langella at Williamstown. On the West Coast, most recently, Mr. Greene was seen as the Headmaster in the Ahmanson’s production of The History Boys. He performed in The Price at International City Theatre, Dance of Death at the Los Angeles Theatre Center, and in King Lear, The Merchant of Venice, and The Two Gentlemen of Verona at the Old Globe in San Diego. Recent television appearances include guest-starring and recurring roles on “Mad Men,” “The Mentalist,” “Cold Case,” “NCIS,” and “Boston Legal.” In addition to running the Actors Conservatory for the U.S. Performing Arts Camp on the campus of UCLA, Mr. Greene coaches privately and also teaches an advanced class for the professional actor at the Actors’ Lab Ensemble in NoHo. 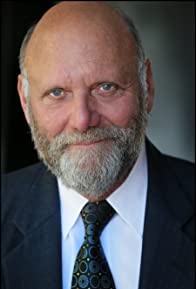